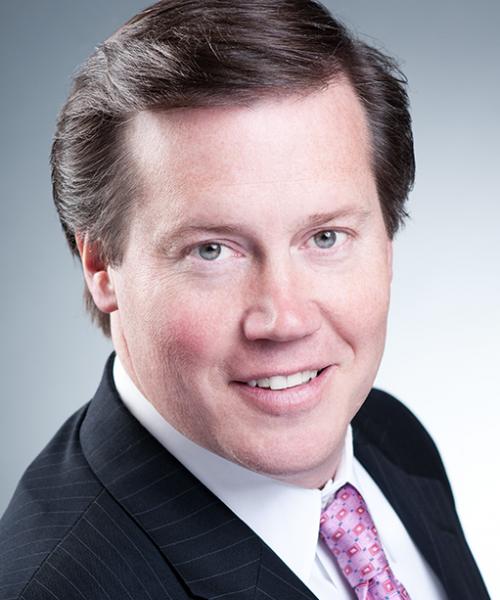 John Langdon graduated from the University of Notre Dame in 1984 earning a Bachelor’s degree in Business Administration with a Marketing concentration. John was a member and competed on Notre Dame’s Varsity Track and Field Team.

While still attending college, John joined Langdon Ford Financial, now Allied Wealth Partners, as a Case Planner. In the summer of 1983 he became a broker for the Firm and a full time Advisor in November of 1984. John was later appointed Sales Manager in 1988. For six years John recruited, trained, and helped develop new Financial Professionals. He was appointed Managing Partner in March 1994 and continues to lead the Firm with President, Marc Del Gaudio.

Since becoming CEO of Allied Wealth Partners, the firm has won many major financial services industry awards for firm management including, GAMA’s National Management Award and has been consecutively recognized as a Master Firm since 2000. In 2011 and 2014, AWP was honored with GAMA’s First in Class Award.

The Firm has consistently been recognized by its affiliates. Since joining Securian Financial Services in 2004, AWP has finished based on firm production in the Top 5 of all Securian Firms nationwide. Under John’s leadership, the Firm has won the Terrance M. Sullivan Build on People Award five times for New Financial Professionals Development and was Securian’s Top New Firm in 2005. Every year for the past 11 years AWP has been recognized as a Chairman’s Club Firm, an award given by Securian Financial Services for firm production. In 2014, AWP was Securian’s Gold Firm of the Year, and was the silver firm of the year in 2015 to 2018.

John was elected by his peers to Securian Financial Group’s National Advisory Board (NAB) from 2005 through 2009. In 2009 he served as its chairman. He was re-elected in 2012 to the NAB and was the 2015 Chairman. He was reelected to the NAB in 2018 and currently is serving on his third elected term. He also was a member of Securian Financial Services Advisory Board from 2006 to 2009, also serving on its chair in 2009.

John is active within his community and charitable organizations. He is a Trustee of the St. Joseph High School Endowment and is the chairman of the Board of Directors of St. Josephs High School. He currently serves on the Rutgers University Athletics Leadership Council.

He and his wife Mary Janine, live in Martinsville, New Jersey with their three children, Katelyn, Molly and John.