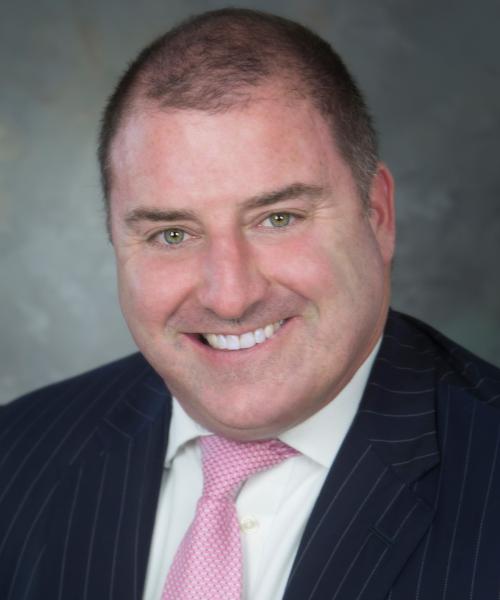 In January 2014, Rod Carolan joined the Allied Wealth Partners, Manhattan team as a financial advisor who has also obtained his Certified Financial Planner designation. Prior to joining the firm, Rod worked for
14 years as a successful financial advisor, building strong and meaningful relationships amongst his clientele.

The foundation of Rod’s practice is based upon two essentials: open client advisor communication and a personal approach to designing tailored financial solutions.

Rod shares in Allied Wealth Partners belief that a comprehensive approach to wealth management allows him to be of service to his clients for the long term. Individuals and businesses are accustomed to a one-on-one, consultative approach where their financial goals and objectives are of primary importance. Financial lifestyles vary and Roderick takes pride in having a team of financial experts on hand to help manage the simple to the more complex needs of his diversified client base.

As an alumnus of Rutgers University, Rod received his Bachelor of Science in Political Science and History. During his time at Rutgers, he was a member of the University’s lacrosse team. Rod now resides in Westfield. 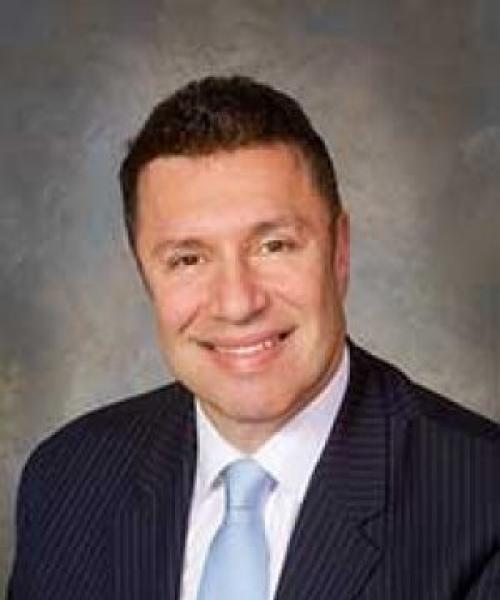 In 2013 Louis M. Aidala became President of Allied Wealth Partners’ New York Metro Division. He brings with him 30 years of experience in the financial services industry; demonstrating superior commitment to valued clients and guiding the careers of many successful advisors.

For seven years, Lou was a Sales Manager, followed by 13 successful years as Managing Partner.  From recruiting to front line leadership, Lou maintains a simple, yet powerful mantra, believing in the ‘why’ not the ‘what’ behind his business inspiration. Lou’s father died at the young age of 27. Prior to his passing, he was misguided. Rather than keeping his life insurance policy, he invested into a mutual fund, a decision that placed further burden upon an already grieving family.

Through this very personal ordeal, Lou Aidala experienced first-hand the importance of financial foresight, support and the honor it is to help provide relief for clients, especially in times of hardship. To this very day, the hallmark of Lou’s success is never to ask of someone what he has not already done for himself and his family.

At the start of Lou’s career journey he found himself not in finance but rather in media, serving as Bryant Gumbel's assistant at NBC Sports, contributing numerous articles to Inside Sports Magazine and Pro College Football Weekly.

In 1984, Lou entered the life insurance business with Phoenix Mutual Life, where he wrote over 100 policies in his first seven months, enabling him to win the company's Rookie of the Year Award. He also won the New Organization Agent of the Year Award for each of his first four years in the business. From 1991 to 1993, Lou ran an independent brokerage operation and won the Disability Income Leader Award for both Security Mutual & Berkshire.

Prior to joining Allied Wealth Partners, Lou was a productive leader at New England Financial. He joined NEF in 1993 as a District Manager, working his way up the ranks from Associate Managing Partner to Co-Managing Partner in 2000. Under Lou's direction, the firm was honored with a President's Trophy in 1999 and 2000.  While at NEF, Lou qualified for Chairman's Council in 2000, 2005 and 2007.  He later qualified for Management Leader's Conference in 2009 and 2012.

As a District Manager, Lou’s unit finished #1 on the NEF District Agency Report and the New Agent Development Report in 1998. That same year, he was awarded the coveted Edward E. Phillips Award for Outstanding Citizenship and Community Service.  Under his leadership, Lou’s firm qualified for 21 years in a row GAMA’s prestigious Master Agency Award Gold Level.  Lou was personally invited as the first field Manager by MetLife’s former  Chairman, Bob Benmosche, to speak at the MetLife Chairman's Leadership Group in August 2004 giving his presentation, "The Gift of Life."

While with NEF, Lou was a multiple MDRT qualifier. He qualified as a Master Agency Builder for New England Financial and was consecutively nominated as Managing Associate of the Year (1996-1999). Lou also earned the prestigious Coaches Award twice and was an eight-time qualifier for NEF's Top Recruiters Conference. He also served on MetLife's product committee as well as New England Financial Field Benefits committee.

As a proud Fordham University graduate, Lou is Aidala is a member of Fordham's Alumni Association and the Grid Iron Club. Lou is active in GAMA and NAIFA, a past President of his local branch and former Public Relations Chair for the New York City Association of Life Underwriters (NYCALU). Lou frequently contributes articles to industry publications and is an avid speaker.

Lou is also the proud father of his two sons, Michael and Louis, Jr.

Louis is a registered representative of Securian Financial Services. 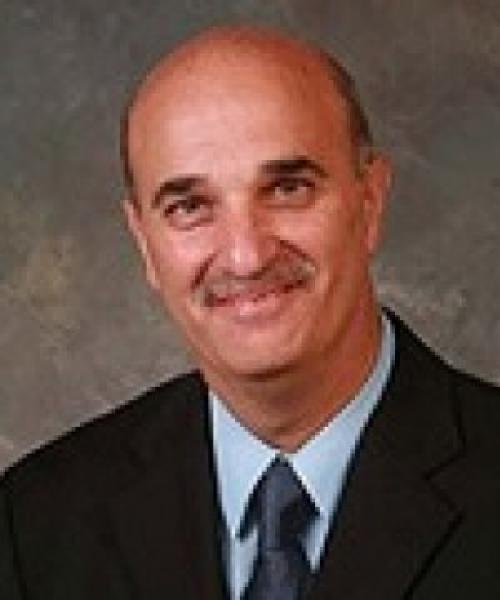 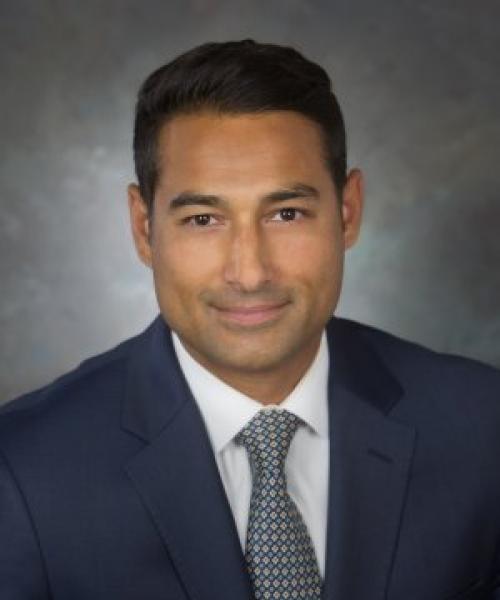 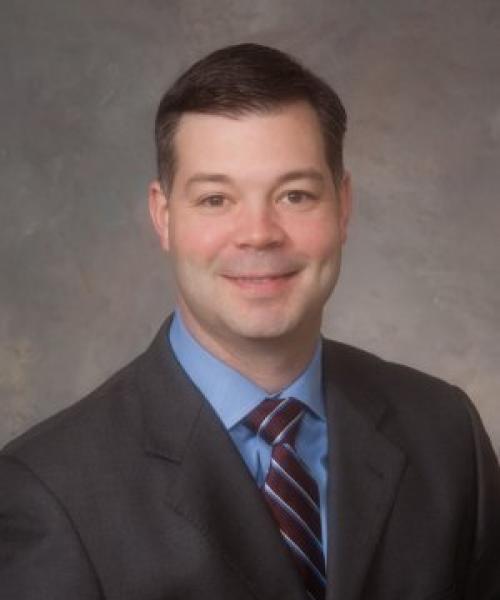 Christopher Garozzo joined the Allied Wealth Partners team in March of 2016 bringing with him over 12 years of experience in the Financial Services industry. Chris attended Central Connecticut University where he played baseball and majored in Psychology and Finance.

During his tenure as an independent Financial Professional Chris understood the value of using cutting-edge investment tools to create innovative solutions for his clients.

He approaches his business with the same credo he practices in all aspects of life: “The best preparation for tomorrow is doing your best today”. Understanding his client’s needs and goals allows Chris to offer them well thought out and prepared solutions to help them reach their financial objectives.

A resident of Stamford, Connecticut, Chris is an avid golfer who also enjoys cooking and trying new foods and wine. In his free time, he volunteers with Inspirica Inc., a company that helps the homeless in Connecticut.

Christopher is a registered representative of Securian Financial Services. 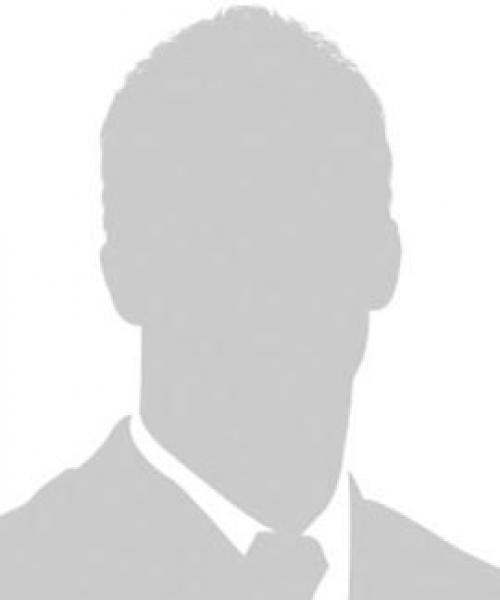 Kevin began his career in Orlando Florida and found his niche in developing strategies and solutions for closely held business owners and professional practices.  In 1984 he transferred north to work with the Lambert M. Huppeler Company, and actuarial and consulting firm in Manhattan and later with New England Wealth Strategies.

In addition to running a successful practice, Kevin has been a speaker and contributor to many seminars, workshops, employee groups and trade publications.  Some of his specializations include Corporate Retirement Programs, Employer Plan Analysis and Benchmarking, Corporate and Individual Retirement Planning, Investment Planning and Estate Preservation Strategies.

Kevin is a member of the National Association of Plan Advisors and earned the Certified Plan Fiduciary Advisor designation (CPFA) in 2016, which now enables him to act as a plan fiduciary and help retirement plan sponsors manage their ever increasing roles and legal responsibilities.

Founded in 1966, Allied Wealth Partners prides itself on being an elite Independent Wealth Management Firm within the New York/New Jersey/Connecticut Metropolitan area. 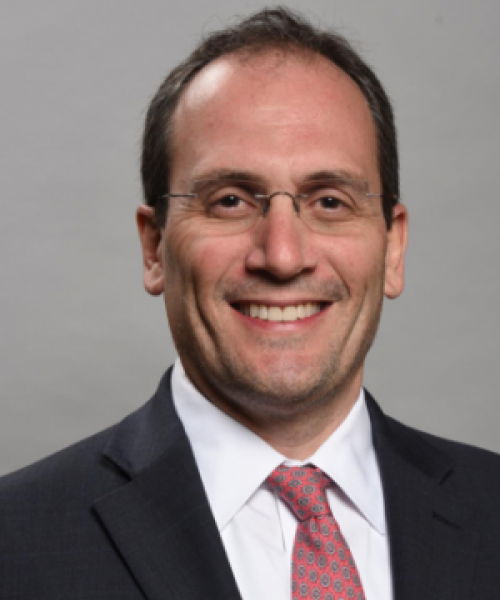 Andrew joined Allied Wealth Partners in March of 2014. In 2016, Andrew was recognized for his excellence in financial services by receiving the Jack Langdon New Advisor of the Year Award*. Andrew focuses much of his time building and maintaining relationships with Business Owners, Corporate Executives, Law Firms, Accounting Firms and Community Banks.

Andrew also works with companies to help employers get the most out of their employees. It has been said that employees who have a clear understanding of their personal finances are more inclined to be happy and more productive, transferring the quality of their employment experience into everything they do. As a former business owner of 15 years, Andrew saw firsthand the value of this rationale.

Having the support of an extensive team of diversified professionals allows Andrew to handle simple to complex cases with exceptional service and total confidence.

Andrew's passion for the services he provides is deeply rooted and very personal. Andrew’s father passed away suddenly at the young age of 47 -- prior to putting in place a financial plan. This tragic event solidified the importance of living for today while also preparing for tomorrow. Andrew has made it his mission to help clients build wealth while protecting assets, income and families from unforeseen risks along the way.

Andrew Sansone is a registered representative and investment advisor representative of Securian Financial Services, Inc. *Awards and club membership are based primarily on commissions, premiums, or fees generated from investment and insurance products and other criteria relative to leadership, achievement, and recruiting. Working with this individual or firm is not a guarantee of future financial results. Investors should conduct their own evaluation. 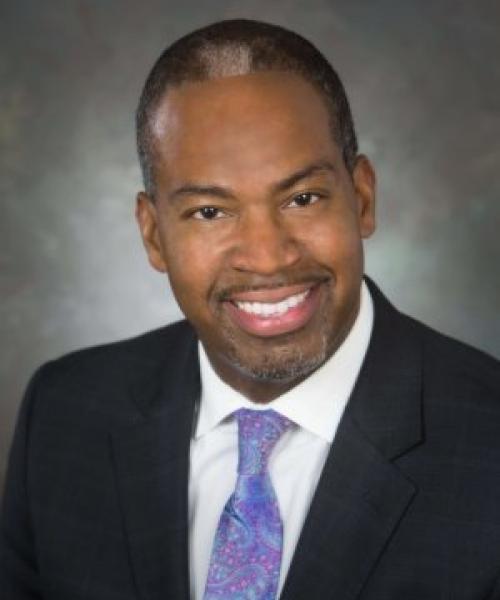 Michael is a Senior Financial Advisor at Financial Focus Group. He is responsible for helping clients make strategic decisions in the areas of risk management, savings and investments, tax strategies and estate planning strategies.

Michael began his career in financial services in 1999 at a Fortune 100 company based in New York City. Recruited from college, he participated in a highly selective leadership development program that groomed future leaders of the global corporation. Over an 11-year period, Michael worked in New York City, Northern New Jersey, Chicago and successfully led various teams in national sales and marketing, mergers & acquisitions and program management.

In 2010, Michael transitioned from his corporate role as director of broker & consultant strategies to start his practice as a financial advisor that specializes in working with corporate professionals and business owners.

Michael earned his bachelor's degree from Cornell University in Ithaca, New York including a semester abroad at La Universidad de Sevilla in Seville, Spain. Michael is Series 7 and 66 registered with the Financial Industry Regulatory Authority (FINRA).  He is also Life & Health licensed in various states. 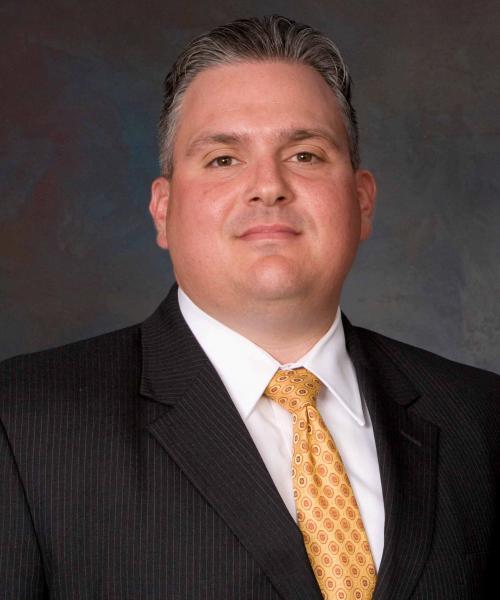 As Vice President of the New York Metro division of Allied Wealth Partners, Keith Hanenberg plays an integral role in recruiting, developing, and supervising advisors, reps, and staff affiliated with the firm.  Prior to joining Allied Wealth Partners in 2013, Keith was an Associate Managing Partner with New England Wealth Strategies, a General Agency of New England Financial.

Throughout his 18 years in the financial services industry, Keith has been the recipient of multiple awards for excellence in management. While at New England Wealth Strategies, he was recognized with the Edward K. Leaton Award for Firm Growth and Development (2007, 2008), Managing Associate of the Year (2007, 2009), and GAMA’s International Career Development Award at the Platinum Level in 2008.

In addition to his managerial responsibilities, Keith is committed to helping clients create the necessary habits for achieving long-term financial success through a collaborative planning process.

In his spare time, Keith stays actively involved within his community.  He is an Assistant Youth Football Coach for the Parsippany Hills Little Vikings.  Keith also serves on the Board of Trustees for the Oberon Theatre Ensemble, a New York City off-off Broadway nonprofit theatre company.  Lastly, Keith is the acting Secretary for the Board of Governors at Mount Tabor Country Club, in Parsippany, NJ.

Keith is a graduate of Carnegie Mellon University with a Bachelor’s of Science in Business Administration and is an active member in his alumni association.

Currently, Keith resides in Morris Plains, NJ with his wife Katie, and sons, Tyler and Jared.

Keith holds his Series 7, 63, and 24 security registrations and is licensed to offer investment and insurance products.